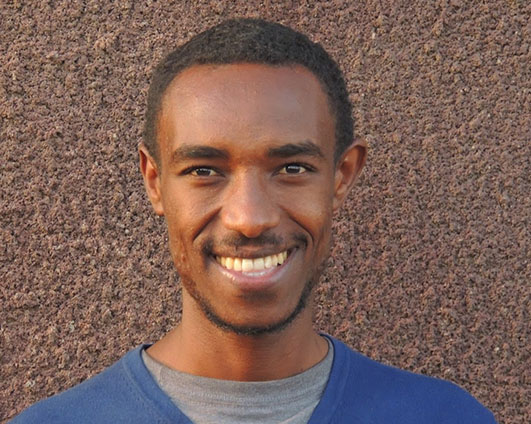 Zelalem Kibret is a law professor and a Scholar in Residence at the Center for Human Rights and Global Justice at NYU School of Law.  His research focuses on transitional politics and justice, post-conflict Africa, traditional justice, and the role of individuals in international law and accountability vis-à-vis peacebuilding.  Kibret was a Professor of Law at Ambo University in Ethiopia and specialized on teaching Public International Law.  In addition to his academic pursuits, Kibret is a blogger at the Zone 9 Blogging platform, a collective which blogs and campaigns on human rights, constitutionalism, and democracy.  Along with his team, he won the Martin Ennals Award in 2016, and the Committee to Protect Journalists International Press Freedom award and the Reporter Sans Frontières Citizen-Journalist award in 2015.  Kibret was selected as a Mandela Washington Fellow for Young African Leaders by President Obama in 2016.  He earned his LL.M. degree from Addis Ababa University.